Ahead of the 55th Academy of Country Music Awards™ 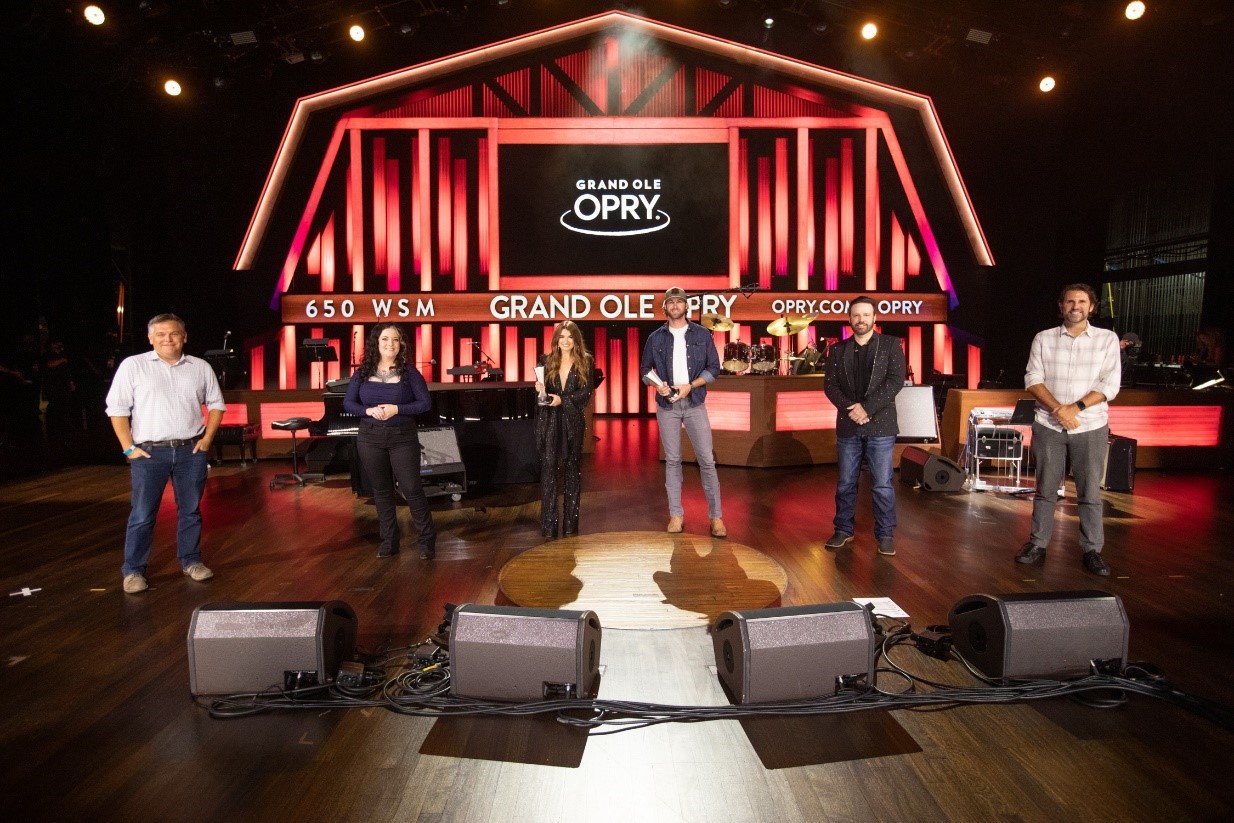 After Wills presented the award to Green he shared, “It’s such an honor. I really never even dreamed of something like this happening. A lot of people helped to get me where I am today. My entire team in Nashville, all my family and friends back home for all their support, the fans, country radio, and most importantly the two men that inspired this last song I’m going to play, Buford Green and Lendon Bonds, ‘I Wish Grandpas Never Died’.”

“Such an honor to follow in your footsteps and call you a friend, Ashley,” said Townes accepting the ACM honor from McBryde. “It really is just a great joy to get to do this thing I love to do. It’s a dream to get to remember this moment here on the Grand Ole Opry stage and it is an honor to be a part of this country music community.”

“Huge congratulations to both Tenille and Riley on their New Artist wins and a special thank you to all involved in making this surprise moment unforgettable from the Grand Ole Opry stage,” said Damon Whiteside, CEO of the Academy of Country Music. “We are proud of all these two artists have accomplished and can’t wait to see them perform from the Ryman on Wednesday night!”

The 55TH ACADEMY OF COUNTRY MUSIC AWARDS™ will be broadcast on Wednesday, September 16 (live 8:00-11:00 PM ET/delayed PT) from the Grand Ole Opry House, Ryman Auditorium and The Bluebird Cafe on the CBS Television Network, and will be available to stream live and on demand on CBS All Access. Both Green and Townes will perform on the telecast.

Opry shows are broadcast live on Circle and Gray TV stations, DISH Studio Channel 102, Sling TV, and other TV affiliates in addition to a companion live stream on Circle All Access Facebook, YouTube and Twitter. The Opry can also be heard on 650 WSM-AM, wsmonline.com, and SiriusXM. Those tuning into the Livestream on Circle All Access YouTube, Twitter and Facebook channels each Saturday can watch a Circle Sessions at 7:30 PM ET/ 6:30 PM CT immediately prior to the Opry.

About the Grand Ole Opry

To plan an Opry visit, call (800) SEE-OPRY or visit opry.com. The Opry presents the best in country music live every week from Nashville, Tenn. The Opry can be heard at opry.com and wsmonline.com, Opry and WSM mobile apps, SiriusXM, and its flagship home, 650 AM-WSM. The Grand Ole Opry is owned by Ryman Hospitality Properties (NYSE: RHP). For more information, visit opry.com.

Images are provided gratis for journalistic use for one year from date of release in conjunction with coverage pertaining to the event of the photo. All other uses require express written permission from Grand Ole Opry, LLC.