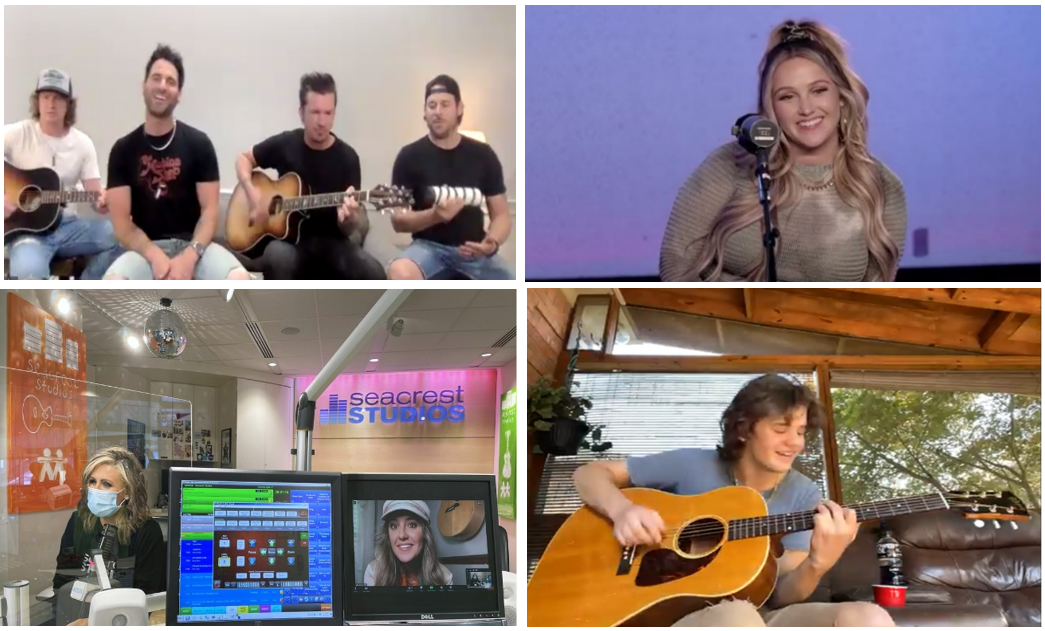 LOS ANGELES, CA (May 13, 2021) – ACM Lifting Lives®, the philanthropic arm of the Academy of Country Music® hosted the 12th Annual ACM Lifting Lives® Music Camp with Vanderbilt Kennedy Center for Excellence in Developmental Disabilities Sunday, April 25 through Sunday, May 2 via videoconference, with campers from all over the U.S. and Canada. Campers participated in a week of virtual activities and sessions joined by Priscilla Block, Ross Copperman, J.T. Harding, HARDY, Parmalee, Restless Road, Payton Smith and Lainey Wilson.

ACM Lifting Lives® Music Camp is a residential program for individuals with Williams syndrome and has a dual purpose of studying Williams syndrome while providing music enrichment through performance and education. For a second year online, campers enjoyed a fun-filled week of virtual musical experiences with artists/songwriters and staff members from the Academy of Country Music and Vanderbilt Kennedy Center. With learnings from the previous socially-distanced camp last year, the campers enjoyed an even more robust virtual experience.

“Music Camp is a highlight of the year for campers, artists, and participants alike so we didn’t miss a beat hosting virtually again,” said Taylor Wolf, ACM Lifting Lives Manager. “After a year of watching live-streamed concerts and staying safe at home, we were thrilled to work with Vanderbilt to offer these incredible campers a personalized, interactive music experience that made them feel they traveled to Nashville once again. A huge thanks to all the artists and Country Music community that joined in to make this possible!”

On Tuesday, Lainey Wilson joined the campers for a live zoom interview session via Seacrest Studios in Nashville, TN where the campers did a Q&A with Wilson. The interview session was hosted by studio manager Mamie Shepherd and broadcasted to a closed-circuit network for the patients at Monroe Carell Jr. Children’s Hospital at Vanderbilt to also tune in.

Wednesday was filled with new camp activities that made the most of the digital session. The campers learned a TikTok dance that concluded with a guest appearance from Priscilla Block where the campers also gave her some tips for her Opry Debut. Wednesday evening, the campers jammed out to a live performance from Restless Road before competing against them in a Country Music trivia game.

During Thursday’s virtual songwriting session with renowned producer and songwriter Ross Copperman, J.T. Harding and HARDY, campers wrote their own original song, “Happiness” after a live performance from HARDY of one of his own songs “A ROCK.” For a second year, each participant will individually record their vocals for a final song to be compiled by Copperman. Later on Thursday, campers had a new experience with a special ACM Awards Show panel consisting of ACM Awards Executive Producer RAC Clark, ACM CEO Damon Whiteside, and ACM Lifting Lives’ Executive Director Lyndsay Cruz. Campers had the opportunity to learn about the recent 56th ACM Awards ceremony, television production in general, and about the panelists themselves.

Spread across two days this year, ACM Lifting Lives® Music Camp wound down with a robust talent show performance from each camper, featuring special appearances from Parmalee and Payton Smith live via Zoom. Following the weekend activities, camp concluded with a touching goodbye party where the campers spoke about what they hope for in next year’s camp.

The camp is a partnership between ACM Lifting Lives® and Vanderbilt Kennedy Center for Excellence in Developmental Disabilities. ACM Lifting Lives® funds the costs of the camp in addition to providing scholarships to several campers, enabling the Vanderbilt Kennedy Center to advance its mission of improving the lives of individuals with developmental disabilities and their families through research, training and service.

Williams syndrome is a rare genetic condition (estimated to occur in 1/7,500 births) that causes medical and developmental problems. It is associated with an unusual pattern of strengths and weaknesses in linguistic and cognitive profiles, as well as intellectual disability.

About the Vanderbilt Kennedy Center

The Vanderbilt Kennedy Center has been opening doors and transforming the lives of children and adults with disabilities through innovative research, services, and training for over 50 years. Its mission is to facilitate discoveries and best practices that make positive differences in the lives of persons with developmental disabilities and their families.